– RCN Valencia has been one of the headquarters of the event of Olympic classes of the Federation of Sailing of the Valencian Community.

29er, Hobbie 16, Finn and Snipe have competed in Valencian waters

RCN Valencia has hosted the competition of classes 29er, Hobbie 16, Finn and Snipe, with about half a hundred units giving their best in the water. In this edition of the test, the weather has not made it easy, and has allowed to complete a total of 4 tests for all classes except Snipe who has contested three. On Friday, the first day was closed in a vacuum due to lack of conditions, and on Sunday it has only been possible to complete a test, leaving the bulk of the competition for the day on Saturday, in which three tests were held for all classes except Snipe which completed two. 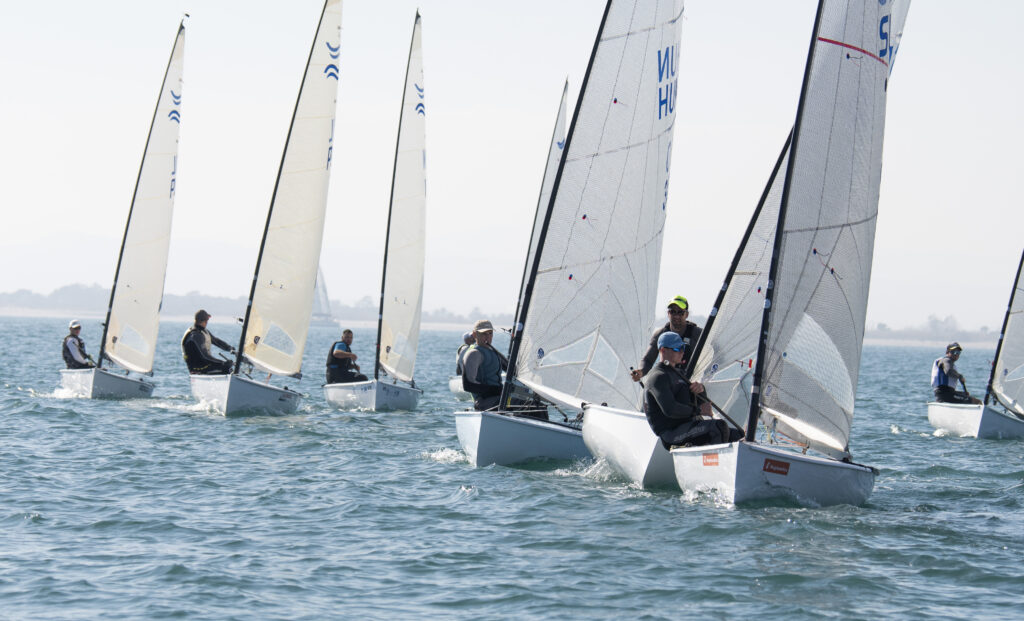 The Finn class, which has assembled a fleet with wide international representation, has starred in a very even regatta, which has made clear the high level of the participants, and in which the Argentine Facundo Olezza has been proclaimed the winner, thanks to his great performance in the last three tests and the discarding of the first set. The second position has been for a consistent Pablo Guitián, of CN Elcano, with two seconds, a first and a third that has been discarded and only one point from the leader. The polish could be closed Piotr Kula, a point behind the second and after signing a very good performance with a first, a second and two third places.

For his part, the Slovenian Liam Orel has been the first U23, the Hungarian Zsigmond Kantor has won in Master class, the Spaniard Gerardo Seeliger of RCN Barcelona has done the same in Legend class and Oriol Guardiola, of the CN Vilassar of the sea in Grand Master class.

The Llabrés send in Hobbie 16

The Hobbie 16 class, which has also starred in a very close race, has won the pair formed by Juan Antonio Llabrés and Tono Llabrés, of the Pobla Marina Race Club and the RCN Valencia, with two first, one second and a third that have been discarded. </font><font style="vertical-align: inherit;">In second position and tied to points with them have been Marc Jovani Llopis and Marc Selfa Olivert, who have not come down from the second position in any test and with JuanFra Forés and Marc Forés of the Municipal Sailing School of Valencia completing the podium.

Zabalúa and Moysan win in Snipe

The Snipe class has assembled 17 crews, reflecting the good health of this fleet that is gaining more and more members, who have contested a total of 3 races during the regatta. In this class the could have been complete for RCN Valencia, with the couple formed by Agustín Zabalúa and Louis Moysan occupying the first place, followed by the duo formed by Carlos Balaguer and José Luis Marín and with Juan Luis Granados and Martín Nespereira third.

Soler and Gast, first in 29er

The competition in 29er has also been marked by equality and the high level and has offered an interesting duel between the winning pair, formed by Sergi Soler and Stjin Gast, of RCN Valencia and RCN Calpe, respectively, and Enrique "Quicorras" Urios and Filippo Binetti that there are only one point left behind. The third and first female place have been for the couple formed by Sara Momplet and Isabel Momplet of RCN Calpe.

Visit of the Director General of Sport

FacebookTwitterLinkedInRedditWhatsappTumblrPinterestVkEmail
This site uses cookies to improve your experience. If you go on surfing, we will consider you accepting its use. More information